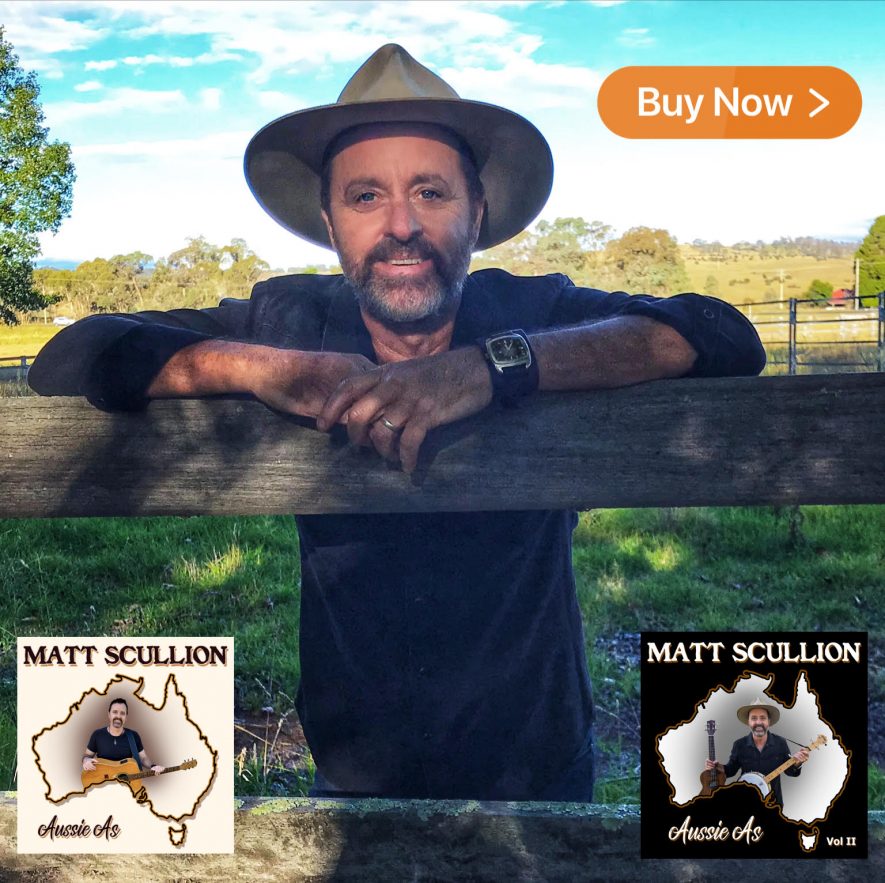 A NIGHT OUT ON US – LEARN MORE!

MATT SCULLION is a GOLDEN GUITAR winning Australiana singer/songwriter with 25 number one songs to his credit. Originally hailing from Ulladulla on the South Coast of NSW.

Matt is excited to release his brand new album AUSSIE AS VOL II produced by award winning producer Shane Nicholson. It’s been two years in the making and features 11 new songs, including the chart topping single 1868, the story of the first international touring cricket side which was all Indigenous.

FROM THE ASHES is Matt’s 5th single off his current album. It’s an inspirational song written & recorded with country music legend Col Finley. It’s a song about the Black Summer bushfires of 2019/20 that devastated communities across Australia. It’s also a song about small town resilience and good old Aussie spirit whilst paying homage to friends, neighbours and emergency services (check out the music video below).

Matt has had his songs recorded by the cream of Australian Country including- Lee and Tania Kernaghan, Jayne Denham, Tom Curtain, Sara Storer, Adam Harvey, Travis Collins, Amber Lawrence and the list goes on. Cold Chisel even recorded one of Matt’s songs on there 2015 album “The Perfect Crime”.

His 2019 album AUSSIE AS generated 4 chart topping singles, with the title track Aussie As and the infectious tongue in cheek singalong Slanguage both shooting to NO 1 while being aired heavily on the The Ray Hadley Show.

The last few years have been an interesting time to say the least, what with border closures and cancelled shows. Still Matt has kept himself busy with two Golden Guitar nominations at this years Tamworth CMF, plus hitting the road for Outback tours HD campfire concerts. Matt also got to perform 1868 recently at the SCG .

AUSSIE AS and AUSSIE AS VOL II are AVAILABLE HERE. For a hard copy just hit the BUY NOW icon at the top of this page- follow the prompts and MATT will pop a signed copy in the post for you. It’s also available on USB stick and on all digital music formats.